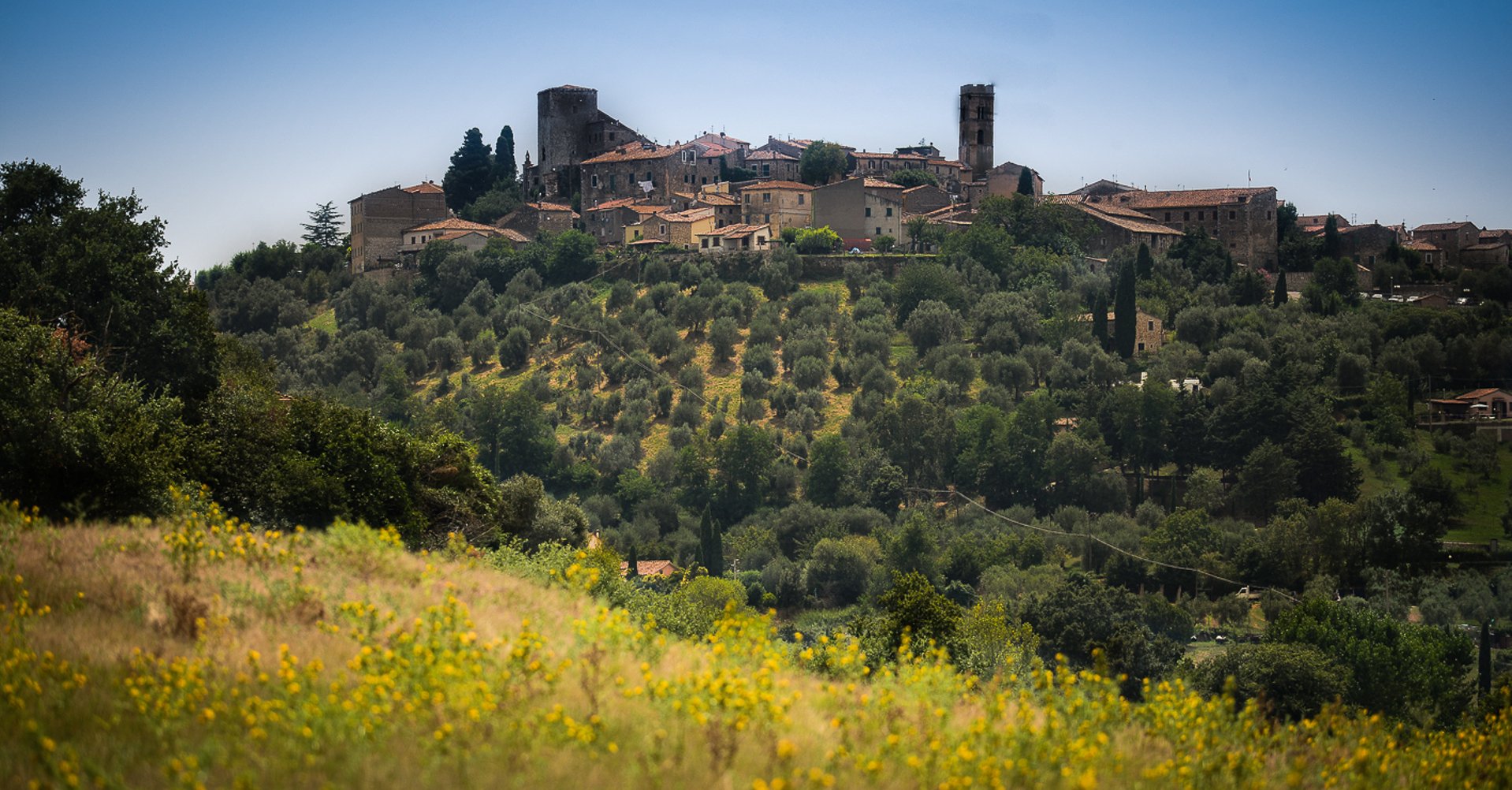 Montemerano
Montemerano is included in the list of the “Most Beautiful Villages in Italy”, for the beauty of its town and for its ancient monuments.
Built on a hill, from which it offers a view of the Maremma hills, Montemerano has medieval origins, precisely the castle was built during the 1200s by the Aldobrandeschi family, then passed under the control of the Basques in 1300, thus becoming a domain of the city of Orvieto, during the 1400s, on the other hand, it was the Sienese who took control and transformed Montemerano into a fortified city.
There are many monuments and places to visit, starting from the characteristic Piazza del Castello, the Church of San Giorgio, the Church of the Madonna del Cavalluzzo and the Cinta Muraria.
Every year the town organizes the Feast of San Giorgio, dedicated to the Patron Saint of the country, with historical processions, musical entertainment and the traditional “Joust of the Dragon”.

WHAT TO SEE IN MONTEMERANO 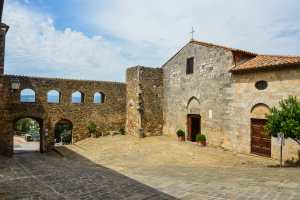 In the heart of the historic center of Montemerano, there is the Church of San Giorgio, dating back to the fourteenth century.
Restored several times, the church has some elements of Renaissance art.
Inside, the church has a single nave and houses some important works, including a stained glass window depicting the Madonna della Gattaiola, dating back to 1400, a Madonna Enthroned with Child and Saints, from 1458 attributed to Sano di Pietro, an Assumption of Maria dating back to 1460, and some frescoes dating back to the end of the 15th century, depicting the Stories of St. George and the Dragon
Church of the Madonna del Cavalluzzo 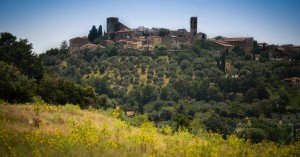 Characteristic church that rises just outside the town of Montemerano.
The church has been restored many times over the centuries, but the original structure dates back to the 15th century.
It has a single nave, the church houses a high altar dating back to 1700, a fresco of the 1400s depicting the Madonna and Child, two angels and kneeling San Rocco.
Castle Square 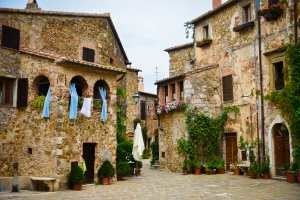 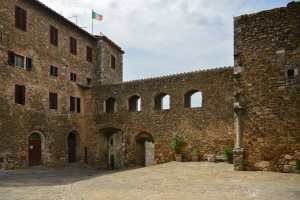 The walls of Montemerano were originally built by the Aldobrandeschi, between the 11th and 12th centuries.
The walls were erected to surround the whole town.
It was the Sienese who restored and expanded the walls, further fortifying them, it is in this period (13th century) that the Cassero Senese was also built, starting from an already existing sighting tower.

WHERE TO STAY IN MONTEMERANO: FARMHOUSE, b & amp; B, HOTEL, APARTMENTS

Time stopped in the Middle Ages
Entering Piazza del Castello, the heart of the wonderful village of Montemerano, you expect to meet some lady with typical medieval dress, or some minstrel, or to hear the sound of the hooves of a horse with its rider. In this square everything has remained as it was a thousand years ago and this is its splendid wealth …

Church of San Giorgio … beautiful!
Strolling as soon as we arrived in the village we were immediately attracted to this church, beautiful and particular inside with all its artistic heritage and which immediately strikes you, as soon as you enter and during the visit you are accompanied by music in the background …

Very pretty
The Church of S. Giorgio is located in Montemerano. She is small but very beautiful. If you visit Montemerano it is worth visiting, the external part of the church is already striking ….

Truly one of the most beautiful villages in Italy
Very picturesque, with narrow alleys and stone houses typical of Tuscany. Cute all the shops that still survive in the center! …

Passed by chance we were fascinated
We stopped by chance in this medieval village, there are few words to describe it! It deserves, if you are passing through, stop by. Carefully preserved, clean, a timeless spectacle. Every corner is worth exploring! …